My wife thinks KENNY LARKIN is one of the most beautiful men to have walked this planet.
Kenny makes loves to the camera, in all his press shots he is seriously shiny, oiled up like some shaven musical gladiator or a model in Maxim or some such.
He is also seemingly indesctructable - Kenny took a bullet after a gang banger tried to nick his car outside his yard back in 1994.. and he does stand up comedy.. 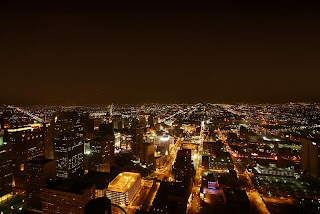 Kenny Larkin is also the creator of jaw droppingly stunning music, electronic washes of tone that lift you, make the hairs on your arms bristle. motor city rhythms from some futuristic Detroit that exists only in the dreams of  it's somewhat bemused inhabitants. Machine funk that in turn can be directional, cold and hard like chrome swords and yet organic, emotional and thathave chord progressions that really make you cry - check out these tracks by his YENNEK and LARK as examples of how this music can move. 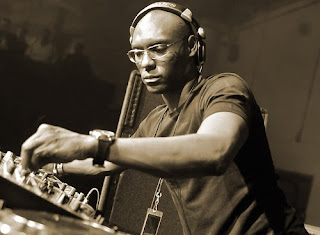 This mans back catalogue simply rules!
Maybe I could supply my top 20 Larkin tracks?..
but then again i could, start getting my copies off the
racks and putting them into the context  of other tunes - kinda like how its supposed to happen?
Here is a stone cold classic from the man on his ART OF TONE label, this track is backed with the equaly amazing PLANKTON and it's on clear vinyl just to up that,  "I bought this in FAT CAT, when it was in a cupboard.." type vibe :)

what can the detroit renaissance man not do?