evening tune #5 Gong - Love is how Y make it 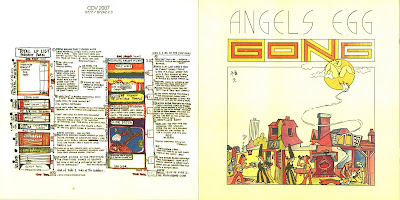 Are GONG a bunch of hippies or a treasure trove of blissed out breaks and grooves?
I reckon, definately Both! :) Just ask DJ Pogo whos a major fan of this little hippy jazz fusion belter.
If like me, your late teens were based on music, art & drugs - not nesseceraly in that order then
a night of hot knives, bucket bongs and ozric tentacles nearly always involved a track or 5 from 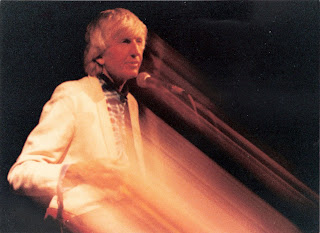 this fella DAEVID ALLEN and his bunch of pan european banana baiting loonies. This band truely had the minerals, with STEVE HILLAGE and his glissando guitar and future ambient stylings, jazz drummer par excellance PIERRE MORLAN + many more drug taking musos with serious chops all controlled with humour by aussie ALLEN formerly of SOFTMACHINE - (i think a couple of post Allen and Robert Wyatt space jazz belters from them would go down well whatcha reckon?).
This tune is basically all about the groove that STRIKES like NO OTHER @ 2mins and 43 seconds - it's a mirimba/vibraphone led, funky as fuck corker! Someone with better disco scissors than I, needs to tease this one out into a 8+ minuter because it's TOO short!.. ANYONE?
ANGELS EGG is a very serious lp along with CAMEMBERT ELECTRIQUE , YOU and the wonderful MORLAN led SHAMAL - a quartet of super classic cosmic hippy funkers!
But you knew that already right?
I Love this band so much!! and I don't care who knows. 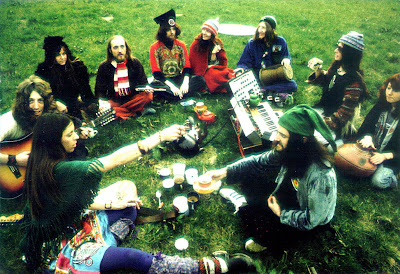